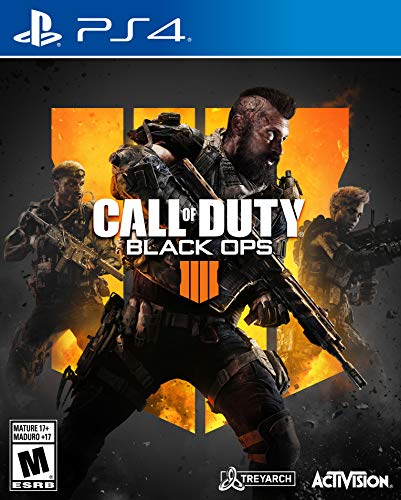 For the first time ever in the series, Call of Duty Black Ops 4 doesn't include a traditional single-player campaign. In place of this, the universe - set between Black Ops 2 and Black Ops 3 - will be introduced through small solo missions that also give you a chance to try out the specialists you'll be using in competitive multiplayer. You'll learn about their backstory in these missions, but it's not meant as a replacement for the campaign. Once again the star of the show, Call of Duty Black Ops 4's competitive multiplayer mode gives you plenty of options for battling it out against other players, and it mixes in classic series elements as well as a few changes that will completely alter how you approach combat. To keep player's interests piqued and give those who already play every day an opportunity to progress further, Call of DutyBlack Ops 4 has introduced new guns.

Classic maps and multiplayer modes return - Brand new maps coming to Call of Duty Black Ops 4 include Frequency, a fast map taking place at a listening station, the tropical Contraband, the Spanish Seaside, and Payload, which is located at a missile defense station. Multiplayer modes include returning favorites like Hardpoint and Domination, as well as the objective-based Control
Loading offers ...
* The prices and shipping costs may have changed since the last update. It is technically not possible to update the prices in real time. The time of purchase on the Website of the seller is used as the reference.