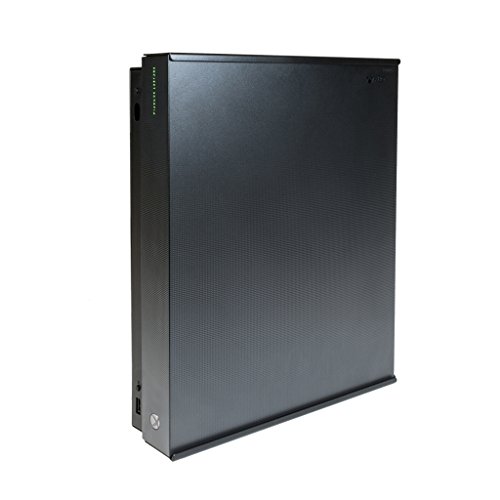 EAN
0858691006265
Brand
HIDEit Mounts
At HIDEit, we're gamers so we understand that you want the absolute best for your precious Xbox, because that's what we'd want. We designed the HIDEit X1X Mount to be the perfect mount to cradle your Xbox, the full wrap design leaves vents unobstructed while fully securing your Xbox. HIDEit has been making wall mounts for Xbox video game consoles since 2009 including mounts for all Xbox 360 and Xbox One models.

SPECIFICATIONS
Compatibility: Xbox One X, (Released 2017.) Not compatible with Xbox One S (Released 2016), Original Xbox One, (Released 2013.) Accessories: HIDEit Controller Mount, Sold Separately. Included: 8 Flat Countersink Screws, Drywall Anchors, M4 and M6 VESA Screws Material: 16-Gauge Cold-Rolled Steel Color: Black Powder-Coat (Matte).
Loading offers ...
* The prices and shipping costs may have changed since the last update. It is technically not possible to update the prices in real time. The time of purchase on the Website of the seller is used as the reference.