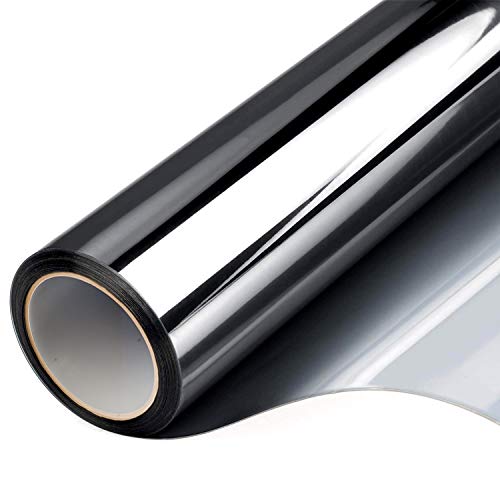 Mirror effect--The mirror effect we said means it has a slightly reflective effect, not totally like a mirror.

1.One way window film with mirror window film on one side and a window tint film on the other side.Window heat control film can reduce UV damage, as well as be used to protect the privacy during daytime.

2.Glass film helps you to reduce the splash of broken glass

3.It is a self adhesive static window film with no glue.

5.Peel off the backing transparent protective film, paste the film to the window and use your hand to press it from the top down so that it can tightly attach to the surface, put protective film on window film before squeegee away water and air bubbles, prevent damaging window film.

6. Black/Silver: you will see the silver outside the room