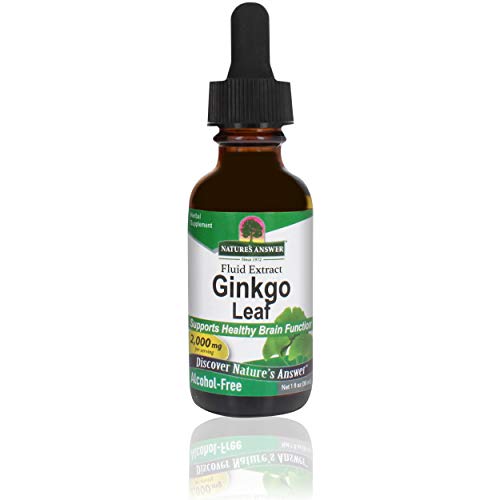 EAN
0707005208898
Brand
Nature's Answer
Made from 500mg of Ginkgo Leaves, Supports Healthy Brain Function*. Supports Healthy Circulation*, Supports Healthy Circulation*. Gluten-Free, Tested & Verified, Holistically Balanced.
Natures Answer Ginkgo Biloba Alcohol Free Ginkgo Biloba trees are the worlds oldest living trees. Some have lived as long as 1, 000 years. What makes them even more of an oddity in nature is the fact that they are a single species with no known living relatives
In 1859, Charles Darwin referred to the Ginkgo Biloba tree as the oldest living fossil. It appeared on the landscape during the Carboniferous period and was common in Asia, Europe and America. When the dinosaurs disappeared, it was thought that the Ginkgo Biloba tree did, too.
However, it was found in Japan in 1691, by a German physician and botanist, Engelbert Kaempfer. Apparently monks had cultivated the tree since the 1100s and the seeds made it to Japan and Korea. It wasnt until the 18th century that the Ginkgo seeds were brought to Europe and America, and years later the Ginkgo Biloba tree became a favorite of Architect Frank Lloyd Wright.
Natures Answer Ginkgo Biloba Alcohol Free is highly concentrated delivering 500mg in every 2ml serving to support healthy circulation and healthy cognitive function.* Which means its important for reasoning, memory, attention and language.* And you can feel good knowing that its Alcohol-Free and Gluten-Free.
Loading offers ...
* The prices and shipping costs may have changed since the last update. It is technically not possible to update the prices in real time. The time of purchase on the Website of the seller is used as the reference.