MSMW LIVE: In Case the World Changes Its Mind 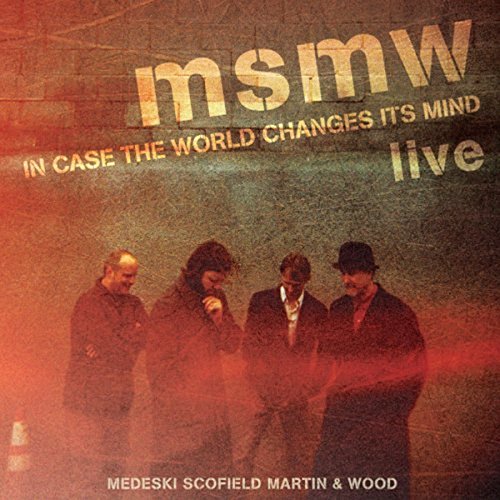 Medeski Scofield Martin & Wood first recorded together on Scofield's A Go Go (Verve 1998), a project that united the group on material composed by Scofield and interpreted by all four musicians.

In 2006, MSMW collaborated again on OUT LOUDER (Indirecto Records), a jam-packed release full of irresistible grooves and spontaneous improvisation. OUT LOUDER was a genuine four-way collaboration between Medeski Scofield Martin & Wood. "A Go Go was John's record and we were essentially sidemen, where OUT LOUDER musically comes from all of us, " explains Wood. Scofield adds that much of the material was composed when the foursome "would play free stuff, listen back, make a song out of it, and then go back with that idea in mind and play free again."

OUT LOUDER exhibits a raw and edgy sound that is embedded in the foundations of jazz, funk and blues. It is described as "funky, brash and sometimes downright beautiful, " by All About Jazz and Down Beat notes "the disc serves as a jamming fun time of dance-friendly excursions, sonically pleasing FX'd textures and the requisite unpredictable swerves and swoops that MMW typically delivers."
Loading offers ...
* The prices and shipping costs may have changed since the last update. It is technically not possible to update the prices in real time. The time of purchase on the Website of the seller is used as the reference.