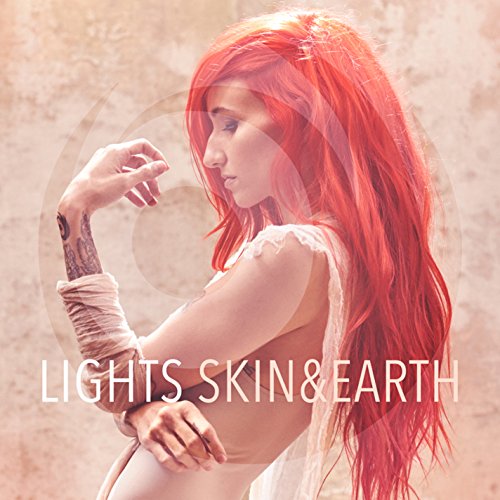 EAN
0093624911913
Brand
Warner Bros.
Throughout a year long process, she began secretly working on an unprecedented idea writing and drawing her own comic book based around this alter ego of sorts. And on top of that, just to make things more difficult - an album to coincide with the whole thing.
Thus came Skin&Earth, the Canadian singer's fourth record and her most open and vulnerable to date. "In the past, Lights wouldn't write about being angry or Lights wouldn't write a song about fighting or Lights wouldn't write about sex, " she says. "So En is me in another dimension, and I was able to write about all the things that I never wrote about before."The album form of Skin&Earth also brings help from some of music's brightest including Corin Roddick of Purity Ring, Big Data and Josh Dun of Twenty One Pilots. "Everything that happened on this record was really fun and natural and felt like we were all working towards the same goal, " she says. "It was this organic mutual fan-ship kind of thing that brought it all together." She continues, "This is the most fun I've had doing a record. I've never felt that I understood a record more and I've never felt like I understood a reason for a record more."
Ultimately for Lights, the most important takeaway from the story of Skin&Earth is of a young woman entranced by a spirit that she and she alone must overcome. "This is based on internal, emotional stress and turmoil - stuff that I've dealt with and stuff that a lot of people have dealt with. I've always believed that all those battles can be fought and you come out of this stronger. And that was the foundation of the story, " she says. "At the end of the day, if nothing else, I want people, especially young women, to see in this character a little bit of themselves - see that an ordinary person can do amazing things and fight battles nobody else can see, and there's no shame in that. In fact, there's a lot of beauty in it.
Loading offers ...
* The prices and shipping costs may have changed since the last update. It is technically not possible to update the prices in real time. The time of purchase on the Website of the seller is used as the reference.