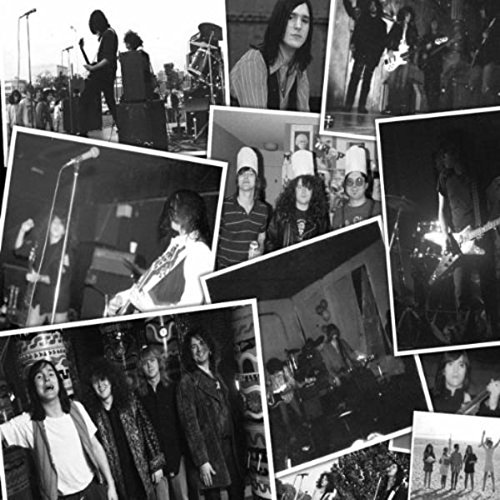 EAN
0639980007725
Over their stormy existence from 1984 to 1989, Carnival Season were regularly lectured, threatened or just simply booted out of clubs for playing too loud, even in their home state of Alabama. On top of that nobody liked their records and their interpersonal shenanigans pretty much ran off every legitimate music biz contact that might have helped them along the way.
Nevertheless, on most nights they were as good of a rock and roll band as you could see and they were the only group in Birmingham in the '80s (with the exception of label mates and comrades The Primitons) that could legitimately claim to be a national indie rock act. When not headlining at The Nick, the converted convenience store where they regularly gigged, they often played second fiddle to bigger acts, opening for The Replacements, Redd Kross, The Flaming Lips, Meat Puppets, The Pixies, Alex Chilton and dozens of others.
Now, for the first time, Carnival Season's entire output is available on CD with extensive liner notes and photographs documenting the period.
Loading offers ...
* The prices and shipping costs may have changed since the last update. It is technically not possible to update the prices in real time. The time of purchase on the Website of the seller is used as the reference.

Legendary (Radio Version) ...
Burberry Acoustic: Collection ...
Sittin' In (180 ...
Hip Hug Her ...
Tracks From the ...
Devinyl Splits No. ...
The Beatles : ...
Diet Soda Junkies
Quiet Is Violent
Chapel of Love: ...
Same Man Different ...
Blueprint 2: The ...
The Sisterhood of ...
Animalistic
Joni Mitchell - ...
We use cookies to ensure that we give you the best experience on pricepirates.com. Privacy Policy