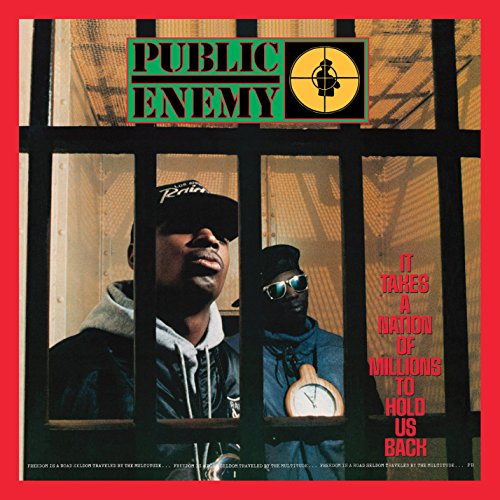 EAN
0602537737086
Brand
CD
It Takes a Nation of Millions to Hold Us Back was named one of the 100 greatest albums of all time by Time magazine, 'the greatest rap album of all time, a landmark and a classic' by Q, and 'the greatest hip-hop album ever' by New Musical Express. Rolling Stone ranked the album 48 on its list of the '500 Greatest Albums of All Time, ' the highest-ranked of the 27 hip-hop albums on the list. Music from the album has been sampled by the likes of the Beastie Boys, The Game, Jay Z, Jurassic 5, Madonna and My Bloody Valentine.


The Deluxe Edition of It Takes a Nation of Millions to Hold Us Back includes the original album, executive produced by Rick Rubin, and produced by Hank Shocklee and Carl Ryder (aka Chuck D.), better known as the Bomb Squad. It features the classic tracks, 'Bring the Noise, ' 'Don't Believe the Hype, ' 'Louder Than a Bomb' and 'Rebel Without a Pause.' The second disc includes 13 rare bonus mixes, among them the original 'No Nois' version of 'Bring the Noise, ' instrumental versions of 'Rebel Without a Pause' 'Night of the Living Baseheads' and 'Black Steel in the Hour of Chaos, ' as well as the soundtrack version of 'Fight the Power' from Spike Lee's groundbreaking Do the Right Thing movie. The third disc is a DVD of the 1989 VHS release Fight the Power... Live, directed by Hart Perry and long unavailable for sale. It includes the original videos for 'Fight the Power, ' 'Black Steel in the Hour of Chaos' and 'Night of the Living Baseheads' along with several live performances.
Loading offers ...
* The prices and shipping costs may have changed since the last update. It is technically not possible to update the prices in real time. The time of purchase on the Website of the seller is used as the reference.

Joni Mitchell - ...
Help 2.0
...But Seriously (Deluxe ...
Jethro Tull - ...
Quiet Is Violent
Barista Ep
Under the Sun ...
lullaby and... The ...
Legendary (Radio Version) ...
Devinyl Splits No. ...
Mirror
Fossils
Umbrella
Sock Hop: 75 ...
Burberry Acoustic: Collection ...
We use cookies to ensure that we give you the best experience on pricepirates.com. Privacy Policy