Echoes Of The First Dreamer: The Musical Prequel To Golem 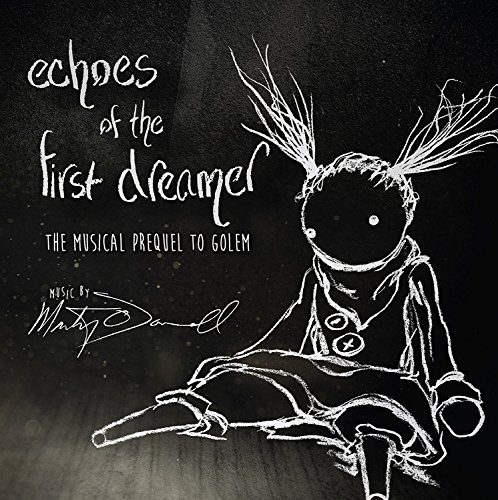 EAN
0669311321022
When we originally had the idea to put out a prequel album to Golem, we weren t sure how to pay for it. Highwire is an independent studio. Then 894 of you stepped forward to help, and we are very grateful. This album would not exist without your support!

For a composer, a prequel album is an interesting challenge because, unlike a traditional soundtrack, it cannot lean on the listener s memories and experiences from the game. It needs to stand alone and have its own independent emotional journey. At the same time, it must relate to Golem s tone and world.

For example, one of the first environments that we built for the game was a rustic home, filled with hand-made furniture and colorful blankets. Inside was such a cozy bedroom, it made me think of a mother, singing her child back to sleep. I remembered a lullaby I wrote many years ago after the birth of my first daughter. I found a copy of the original and developed it for the announcement trailer. Although it s a simple melody, it showed potential to evoke complex emotions, and eventually became the key theme for this suite of music.

The story of Golem is more intimate -- it s about a small family living on the outskirts of a fallen city so I chose to work with a somewhat lighter ensemble than I have in the past: a piano, chamber orchestra and harp. But I wrote them all at the piano and it was interesting how the emotional impact of a piece would evolve from the original piano solo to the fully orchestrated version. I decided to put both versions on the album, so that everyone can experience them and compare.

I hope you enjoy listening. And I hope you'll pick up a copy of Golem for PlayStation VR when it comes out later this year!