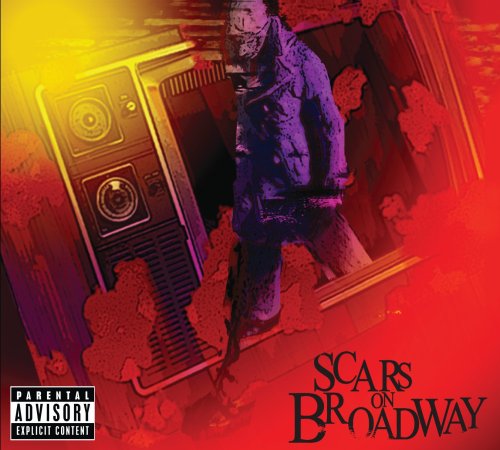 EAN
0602517782471
Brand
VINYL
Duration
LP
Format
Vinyl
Genre
Broadway
Release Year
2008
Scars on Broadway, the long-awaited collaboration between guitarist-frontman Daron Malakian and drummer John Dolmayan, both best known for their work in the multi-Platinum-selling, Grammy-winning band SYSTEM OF A DOWN, has signed with Interscope Records and will see their self-titled debut released on July 29.

With Malakian sitting in the Scars' producer chair, he and Dolmayan entered the studio last September, recorded nearly two-dozen songs for the album, and then whittled down the final track listing to 14 songs.

Many of the Scars on Broadway songs had their genesis years ago. "I like to let my songs marinate over time, that helps determine which ones speak to me the loudest, " explained Malakian. Malakian, who penned or co-penned SOAD classics such as "Aerials, " "Chop Suey!, " "Hypnotize, " and "B.Y.O.B.", wrote the Scars songs mostly on keyboards and a drum machine. On the new scars material Malakian injects more rock than metal, citing influences from Iggy Pop to David Bowie to Neil Young.

Different from the chaotic/alt/metal sound of SOAD, the Scars tracks are more song-based and showcase Malakian's varied writing style, from the simmering rock sound of "World Long Gone" to the melodic yet desolate "Universe." On the politically-tinged "3005, " Malakian proves he is still as provocative as ever with the lyric, "Let's clap our hands for the president and Jesus Christ/And don't forget Charles Manson..." And "They Say, " the first track leaked to the public, is heavy, but in more of a 1970s punk fashion. Some of the other confirmed tracks include "Enemy, " ""Stoner Hate, " "Babylon, " and "Cute Machines."

Scars on Broadway has already played a handful of live shows, including Coachella 2008, where the Los Angeles Times singled them out as "one of the festival's hottest highlights." They also opened for Metallica at an L.A. benefit gig - SPIN said that their set "made it clear how little System's hiatus has dulled each man's hyperactive creativity." Scars plans to tour extensively to support the new album.