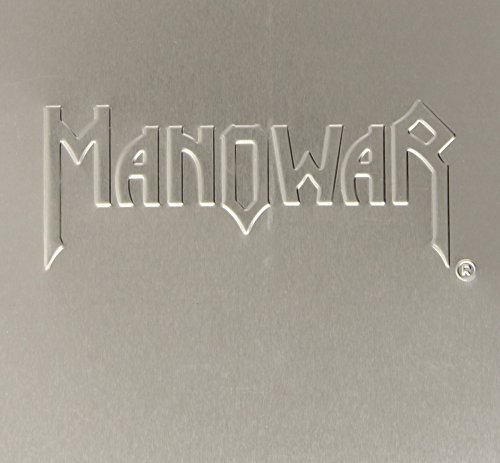 EAN
0693723018829
Manowar is a band that has set standards, broken records and won great accolades during its storied career. Known to their worldwide supporters as the "Kings Of Metal", the band has constantly redefined heavy metal by combining peerless musicianship and song writing with their undeniable commitment to true metal and their devoted fans. The band has always made the solemn pledge to create original music that is louder than hell and stronger than steel. The long standing lineup of vocalist Eric Adams, guitarist Karl Logan, drummer Scott Columbus and bassist Joey DeMaio is truly a force to be reckoned with in the studio and on stage. In addition they are the originators of the musical styles known as power metal and true metal.

As Manowar now prepares to unveil their tenth studio album, expectations from fans are higher than ever and Manowar are sure to exceed those expectations. The new album Gods Of War is Manowar's first entry in a cycle of concept albums; each a tribute to a different war god. Gods Of War brings out the greatest of Manowar's musical attributes by utilizing both epic song structures and dramatic narratives. Much like Ragnarok - the final battle at the end of the world - when listening to Manowar's epic saga, the earth will shake, the walls will crumble and only true fans of metal will remain standing, heads held high, with the triumphant glimmer of a battle well-fought in their eyes.

Besides the normal Jewel Case version, Gods Of War will also be released as a limited edition in an embossed metal slipcase containing a high grade mediabook bound in leather.Furthermore, this limited edition will feature a bonus DVD with unreleased material about the making of this album and some special behind-the-scenes footage. A double-vinyl LP in a gatefold sleeve will also be available.

In their career Manowar has released 9 studio albums, two live albums and 5 DVDs with sales of over nine million records worldwide, as well as silver and gold records and numerous other industry awards. The last studio album Warriors Of The World was a critically-acclaimed worldwide chart topper, reaching gold status in Germany.