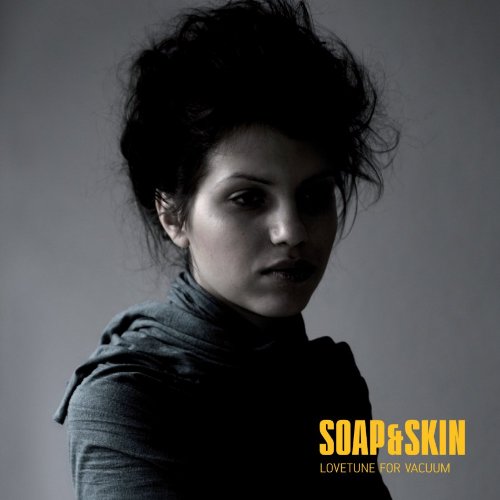 EAN
0843798000094
Brand
CD
Genre
Rock
Release Year
2010
Style
Alternative/Indie
Few musical discoveries in recent years have been as staggering as that of SOAP&SKIN, aka Anja Plaschg.
The sheer force this eighteen-year-old artist injects into her compositions almost defies belief, her songs consuming every last drop of her with no regard for peace.
At other times the 13 deeply melancholic piano compositions that make up her debut album sometimes resemble crackling electronica under her unique vocals, which oscillate between a whisper and a scream.
All of the songs, however, are drenched in Plaschg s beauty and grace.
LOVETUNE FOR VACUUM, Soap&Skin s debut album, is an unwavering line of drama, inner conflict and melancholy. It contains many paradoxes that are a mark of the artist herself: remarkably mature
on the one hand and feeding on
unbridled youthful exuberance on
the other. The album was written
between 2005 2008 and recorded
at Anja s home mostly just by Plaschg herself, who, like a heroine from Bronte flung into the present, seems far too worldlyweary for such a young woman.
There are artistic parallels with songwriters like Cat Power and Scout Niblett, who also play piano and sing with self-sacrificial sensibility, nurturing similar awe amongst their fans. Musically, however, the windswept grandeur of Soap&Skin compositions conjures up the haunted world of Kate Bush, who made her debut at the age of sixteen with the musical ode to the ultimate Gothic love story Wuthering Heights
Loading offers ...
* The prices and shipping costs may have changed since the last update. It is technically not possible to update the prices in real time. The time of purchase on the Website of the seller is used as the reference.