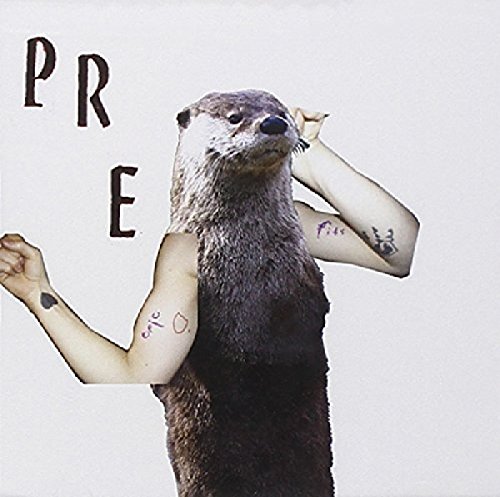 PRE's first outing had an entire audience locked outside, watching through barred windows from above. In the months that followed, the band's rhythmically infectious skip-alongs were demonstrated on a flurry of releases. PRE's debut 7" Treasure Trails caught ears by surprise and wouldn't let go. A rash of vinyl came in quick succession, pairing the band with acts like AIDS Wolf, Dmonstrations, Bardo Pond, and Comanechi. Most bizarrely, just last month Skin Graft seized a bootleg 7" for lawful distribution. Packaged in a calendar sleeve of compromising band photos, the record is moving at high velocity in collector's circles, adding to PRE's ascending allure.

Recorded in a pizza storage unit with Westminster Brown at the controls, Epic Fits is cold sweat caught on two-inch tape. Those initial moonbeams shining through barred basement windows have been caught, meticulously sliced and diced, and reflected back in a brilliant

Bike City Called ...
My Friend Fish
Für Euch
CITY OF EVIL ...
Manic Panic
Violently Delicate
Then We Saw ...
Bike City Called ...
Gieiyodorinite
Sinner
Björk: Volumen
Broadcast Telephone: Now ...
30 Something
Nokia Theatre - ...
Live in Exile
We use cookies to ensure that we give you the best experience on pricepirates.com. Privacy Policy