The Story of Athens: The Fragments of the Local Chronicles of Attika (Routledge Sourcebooks for the Ancient World) 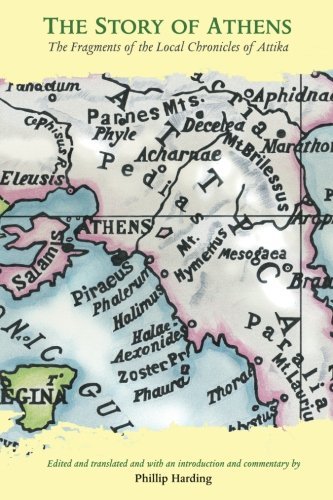 A leading authority in the field, Phillip Harding presents the very first English translations of the six Athenian writers known as the Atthidographers.

In his vivid and detailed history, Harding examines the remaining fragments of these historical writers' work – in chronological order – and how these writings, dating from the fifth and fourth century BC, reveal an invaluable wealth of information about early Athenian history, legend, religion, customs and anecdotes.

Harding also goes on to study how these histories of Athens and its people were the source for later surviving historians such as Plutarch and Diodorus.

With the aid of linking text and detailed annotation, anyone with an interest in Athenian history

Brother
The Garden of ...
Unravelled
Face the Fire ...
Mademoiselle Chanel: A ...
The 7th Canon
Angels & Demons: ...
The Man on ...
Yo-Yo Boing!
A Tru Love
Esprit es-tu là ...
Deep Blue (A ...
Bing Bang Boing
This Love of ...
Gardens of the ...
We use cookies to ensure that we give you the best experience on pricepirates.com. Privacy Policy