The Canon Cocktail Book: Recipes from the Award-Winning Bar 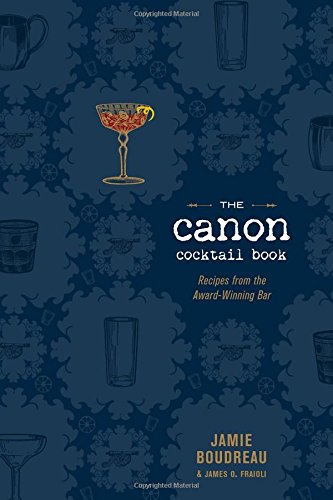 Home to the Western Hemisphere's largest spirit collection, Seattle bar Canon: Whiskey and Bitters Emporium has achieved unprecedented, worldwide acclaim. Named Best Bar in America by Esquire, Canon received Tales of the Cocktail Spirited Awards for World's Best Drinks Selection (2013) and World's Best Spirits Selection (2015), and Drinks International included it on their prestigious World's 50 Best Bars list. In his debut, legendary bartender and Canon founder Jamie Boudreau offers 100 cocktail recipes ranging from riffs on the classics, like the Cobbler’s Dream and Corpse Reviver, to their lineup of original house drinks, such as the Truffled Old Fashioned and the Banksy Sour. In addition to tips, recipes, and formulas for top-notch cocktails, syrups, and infusions
Loading offers ...
* The prices and shipping costs may have changed since the last update. It is technically not possible to update the prices in real time. The time of purchase on the Website of the seller is used as the reference.

The Edible Garden: ...
The Silver Palate ...
Knife: Texas Steakhouse ...
Kevin Zraly Windows ...
Steak: One Man's ...
King Solomon's Table: ...
The Mixer Bible: ...
Your Daily Homemade ...
The Pioneer Woman ...
The Forks Over ...
The World Atlas ...
The Essential Scratch ...
Handbook of Whisky: ...
BEST FORK FORWARD: ...
Little Beach Street ...
We use cookies to ensure that we give you the best experience on pricepirates.com. Privacy Policy