Yoshitaka Amano: The Illustrated Biography Beyond the Fantasy Limited Edition 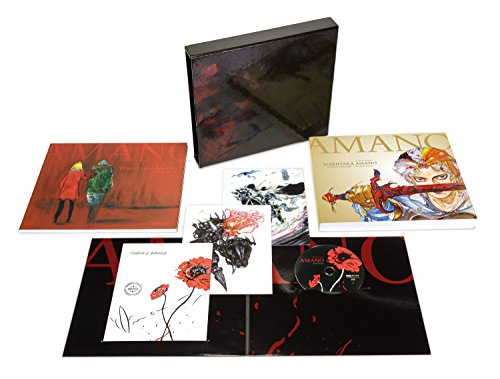 An elegant 96-page landscape-style softcover with French flaps: Yoshitaka Amano--Paris Sketchbook, following the artist through the city in a photo essay, and collecting the sketches he made along the way.

A region-free Blu-ray (subtitled in English) with almost three hours of material: extensive discussions with Amano in his home, studio, and archives, as well as a "live draw" showing Amano's exact technique from blank sheet to finished Vampire Hunter D painting!

Two mini-lithographs made by Amano exclusively for the Limited Edition.

An individually signed and numbered card from Amano!
Loading offers ...
* The prices and shipping costs may have changed since the last update. It is technically not possible to update the prices in real time. The time of purchase on the Website of the seller is used as the reference.

Canon EOS Rebel ...
Not Dead Yet: ...
Painting for the ...
Valentino: At the ...
Seadream (Photographs by ...
Dessous: Lingerie as ...
Canon EOS Rebel ...
The Ultimate Brush ...
Chanel
Neville Jacobs: I'm ...
DVD Players and ...
Fujifilm Instax Wide ...
Vader's Little Princess
Dior: The Legendary ...
Marc Jacobs (Memoire)
We use cookies to ensure that we give you the best experience on pricepirates.com. Privacy Policy