Deep Blues: A Musical and Cultural History of the Mississippi Delta 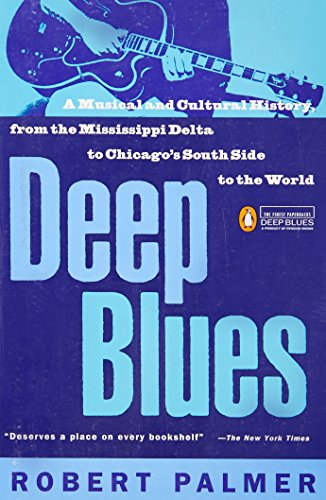 EAN
9780140062236
ISBN
0140062238
Brand
Penguin Books
Blues is the cornerstone of American popular music, the bedrock of rock and roll. In this extraordinary musical and social history, Robert Palmer traces the odyssey of the blues from its rural beginnings, to the steamy bars of Chicago’s South Side, to international popularity, recognition, and imitation. Palmer tells the story of the blues through the lives of its greatest practitioners: Robert Johnson, who sang of being pursued by the hounds of hell; Muddy Waters, who electrified Delta blues and gave the music its rock beat; Robert Lockwood and Sonny Boy Williamson, who launched the King Biscuit Time radio show and brought blues to the airwaves; and John Lee Hooker, Ike Turner, B. B. King, and many others.

"Palmer has a powerful understanding of the music and an intense involvement in the culture." -- The Nation
Loading offers ...
* The prices and shipping costs may have changed since the last update. It is technically not possible to update the prices in real time. The time of purchase on the Website of the seller is used as the reference.