Audrey Hepburn: Portraits of an Icon 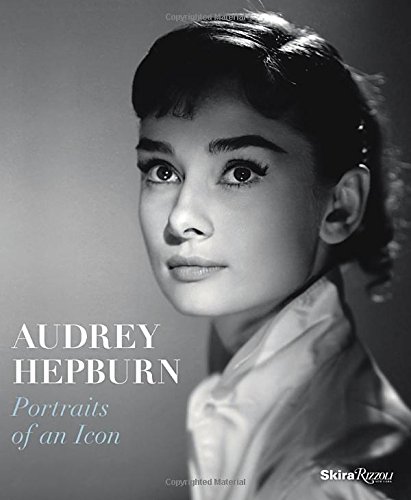 EAN
9780847847006
ISBN
0847847004
Brand
Terence Pepper Helen Trompeteler
A rich collection of iconic and rare portraits of one of the world’s most photographed women, international film legend Audrey Hepburn. During her lifetime, Belgian-born British actress Audrey Hepburn (1929–1993), star of such films as Roman Holiday, Sabrina, Funny Face, Breakfast at Tiffany’s, My Fair Lady, Charade, and Two for the Road, was recognized around the world. Two decades after her death, Hepburn remains one of the most celebrated actresses of all time, inspiring new generations of admirers.
Here, Hepburn’s career is charted from her early years in London as a student of ballet and a performer on the West End stage to her Hollywood heyday to her final years as a special ambassador for the United Nations Children’s Fund (UNICEF). Alongside work by the renowned photographers whose portraits defined Hepburn’s image and shaped her career are publicity photographs, images during the production of her films, as well as rare family photographs and other informal archive pictures.
Possessing the features, height, and poise of a model, Hepburn collaborated with such couturiers as Hubert de Givenchy, and her image graced the pages and covers of Harper’s Bazaar and other fashion magazines. She was photographed by legends, including Richard Avedon, whose work is represented here, together with portraits by Cecil Beaton, Antony Beauchamp, Philippe Halsman, Angus McBean, Norman Parkinson, and Irving Penn. An iconic figure whose image—including her unmistakable silhouette from Breakfast at Tiffany’s—left an indelible impact on many cultural contexts, Hepburn played an essential role in the development of celebrity and visual culture in the twentieth century.
Loading offers ...
* The prices and shipping costs may have changed since the last update. It is technically not possible to update the prices in real time. The time of purchase on the Website of the seller is used as the reference.

The Purcell Collection ...
Dior: The Art ...
Valentino: Mirabilia Romae ...
Champagne Supernovas: Kate ...
The Sony a7 ...
Vivienne Westwood
My Fujifilm Instax ...
Commodore 64: A ...
The Little Dictionary ...
David Buschs Sony ...
Canon EOS Rebel ...
Spiegel im Spiegel ...
The Sony A7 ...
Canon EOS Rebel ...
Louis Vuitton: The ...
We use cookies to ensure that we give you the best experience on pricepirates.com. Privacy Policy