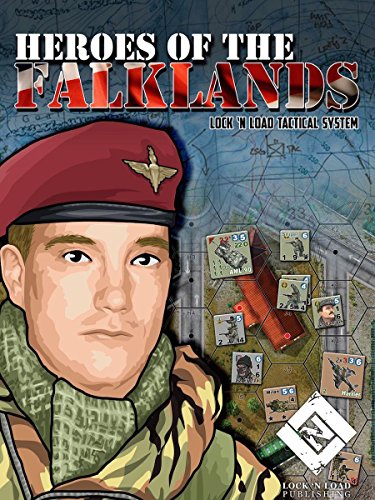 Heroes of the Falklands

by Lock 'n Load Tactical Series
New from:
US $54.95
Shipping:
see website
Prices may incl. VAT *
Last refresh Aug/13/2018 03:08 AM
Go to Amazon.com
or
Compare prices via EAN
or
Search product at eBay
EAN
0639302312537
Brand
Lock 'n Load Tactical Series
Heroes of the Falklands brings you to the windswept, rocky landscape of the Falkland Islands-or Islas Malvinas, as they are known by the Argentines. The brief but brutal war in 1982 began after the Argentines unexpectedly seized Stanley, the capital of the Falklands, and the island of South Georgia from small garrisons of British Royal Marines. The British government responded by sending a large naval task force to the South Atlantic to reclaim the disputed islands. Here, the fierce ground combat that occurred during the war is depicted as only the immersive squad-level Lock 'n Load Tactical Series can.

Heroes of the Falklands feature the Argentine seizures of Stanley and South Georgia and all of the major land battles, from the British Paras' costly but morale-boosting assaults on Darwin Hill and Goose Green, to the daring commando raid on Top Malo House