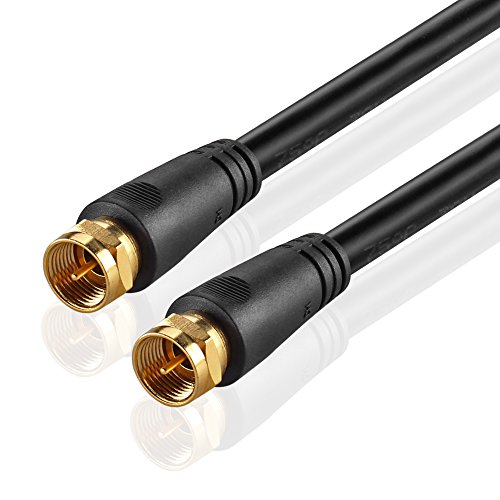 by TNP Products
New from:
US $7.99
Shipping:
see website
Prices may incl. VAT *
Last refresh Aug/06/2018 11:41 AM
Go to Amazon.com
or
Compare prices via EAN
or
Search product at eBay
EAN
0815656025976
Brand
TNP Products
Coaxial cable, or coax, is a type of cable that has an inner conductor surrounded by a tubular insulating layer, surrounded by a tubular conducting shield. The F connector is a coaxial RF connector commonly used for "over the air" terrestrial television, cable television and universally for satellite television, cctv security camera and cable modem. RG-59/U is a specific type of coaxial cable, often used for low-power video and RF signal connections. The cable has a characteristic impedance of 75 ohms, and a capacitance of around 20pF/ft (60pF/m).