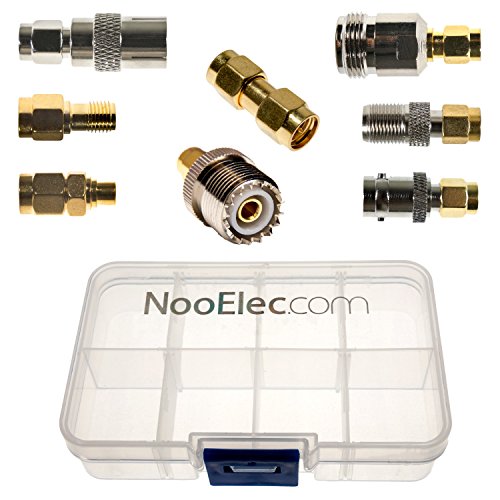 The NooElec SMA adapter connectivity bundle is a great companion for any software defined radio with female SMA input, like the NESDR SMArt series or HackRF. Perfect for use as a field kit and portable applications! It also makes a nice home on any test bench or in any radio shack.