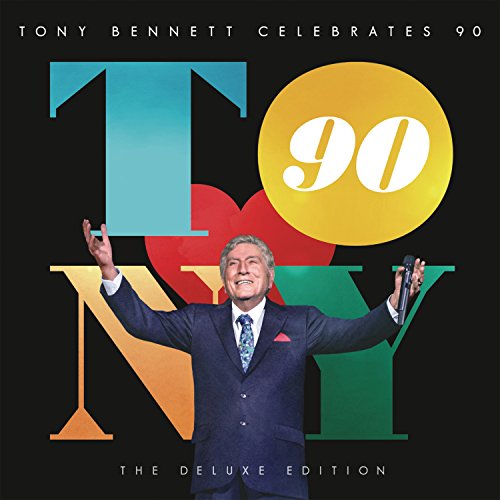 New from:
US $5.90
Used from:
US $1.47
Shipping:
see website
Prices may incl. VAT *
Last refresh Sep/14/2019 08:48 PM
Go to Amazon.com
or
Compare prices via EAN
or
Search product at eBay
EAN
0889853875023
In August of 2016, the one and only Tony Bennett celebrated the milestone occasion of his 90th birthday. This album, Tony Bennett Celebrates 90, is the companion to Tony's birthday celebration event, that was filmed in front of a live audience at Radio City Music Hall in New York City on September 15th, 2016. That show will air in December, 2016 as a prime-time television special on NBC, called "Tony Bennett Celebrates 90: The Best Is Yet To Come." This celebration featured performances by Lady Gaga, Stevie Wonder, Michael Bublé, Andrea Bocelli, Kevin Spacey, Tony Bennett and many others. Additionally, performances by Billy Joel and Elton John were taped at alternate locations and will appear in the broadcast and on the CD.

Additionally, Tony Bennett Celebrates 90: The Deluxe Edition is a 3 CD set that is an Amazon EXCLUSIVE, which includes the standard CD as well as two additional CDs featuring rare and previously unreleased studio and live performance tracks of Tony's throughout his career. The set also includes a 28-page booklet with a comprehensive decade-by-decade account of Tony's life and career written by Will Friedwald.