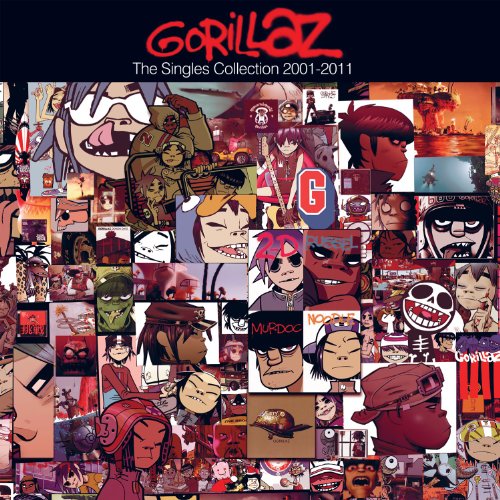 The Singles Collection: 2001-2011, the career-spanning best of from Gorillaz, will be released on EMI s Virgin Records.

A 15-track collection of the band s singles, videos and remixes, The Singles Collection: 2001-2011 celebrates 10 years of audio visual innovation and three studio albums from the most successful virtual band in the world ever. The Singles Collection will be released as a standard CD, CD and DVD and 140 gram vinyl. A special edition import-only 7 box set will also be made available.

Formed in 1998, the band released their revolutionary debut album Gorillaz in 2001. The launch had many industry detractors who saw the idea of an animated pop group as merely folly and gimmick but the album went on to sell 6 million copies around the world. The hugely successful campaign took its toll on Gorillaz. As guitar-playing wunderkind Noodle noted sadly Every great band is destroyed by their success. Cartoon bands are no exception." Despite this, she wrestled the band back together for the release of second album Demon Days in 2005 and a run of groundbreaking animated live shows at Manchester International Festival and Harlem s Apollo Theater. In early 2010 Gorillaz resurfaced again this time from an island in the South Pacific with the album Plastic Beach. The lead single Stylo featured a bad ass Bruce Willis chasing down our intrepid Gorillaz who made a clean escape and headed out on their first World Tour with a crack team of musicians including Clash greats Paul Simonon and Mick Jones.

In ten years, Gorillaz didn t just top charts around the world, hit number 1 in more than a dozen countries and garner sales in excess of 13 million, they received influential awards and recognition that represented the band s significance beyond their music. Alongside a Grammy and an Ivor Novello, Gorillaz were nominated for four CAD awards and took home the coveted Webby Award for Artist of The Year 2006, plus the Jim Henson Award for Creativity. In 2006 Jamie Hewlett was awarded Designer of the Year for his work on Gorillaz; four years later the band graced the cover of tech bible WIRED magazine.