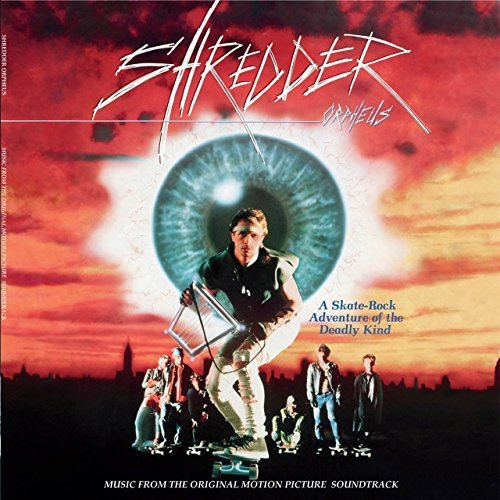 New from:
US $29.99
Shipping:
see website
Prices may incl. VAT *
Last refresh Aug/11/2018 08:35 PM
Go to Amazon.com
or
Compare prices via EAN
or
Search product at eBay
EAN
0724101253713
Here's a previously unreleased soundtrack of some note! Vinyl pressing that also includes a full length DVD of the original movie. Music is by Roland Barker (Ministry, Revolting Cocks, Blackouts) and Bill Rieflin (Ministry, King Crimson, Blackouts) and is remastered from the original 24-track recordings.

Orpheus' journey to the underworld is reworked as a post-apocalyptic skate rock-opera in this 1989 cult classic. The mortal world faces imminent destruction when Hades unleashes an evil television signal that sublimates and kills its viewers. These hypnotic broadcasts from the EUTHANASIA BROADCAST NETWORK are seducing the masses - except skateboard-guitarist Orpheus and his band of 'SHREDDERS' who can see through this nefarious scheme. To save the world and his kidnapped wife Orpheus must penetrate the world of the dead and free the television airwaves. Armed with a futuristic guitar and a skateboard from hell, Orpheus storms onto the EBN stage to liberate the airwaves and rescue his wife.