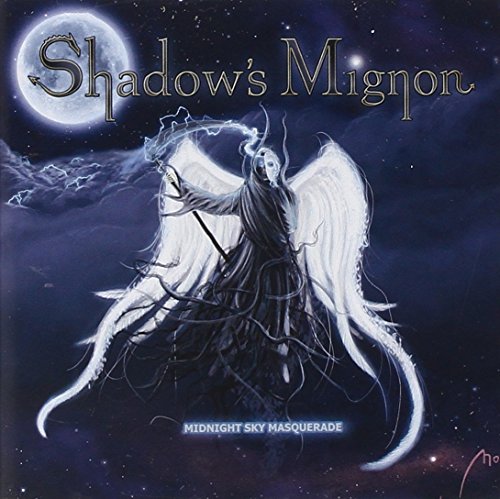 by ProgRock Records
New from:
US $10.18
Used from:
US $6.16
Shipping:
see website
Prices may incl. VAT *
Last refresh Aug/11/2018 07:11 PM
Go to Amazon.com
or
Compare prices via EAN
or
Search product at eBay
EAN
0837792009948
Brand
ProgRock Records
Henning Pauly is known for a wide variety of albums, but most notably for his releases with Frameshift where he could work with singers James LaBrie (Dream Theater) on the first album and Sebastian Bach (ex-Skid Row) on the second. He released two albums with the Progmetal band CHAIN where he first worked with Michael Sadler of SAGA fame. Juan Roos already lend his amazing pipes to Henning's music on "Credit Where Credit is Due" (the second Henning Pauly titled release after "13 Days"), which explored the realm of Nu-Metal and industrial Sounds. "Greatest Hits" from THE ANTHOLOGIES was Henning's journey into punk. "Babysteps" was his rock opera which featured Jody Ashworth (Trans Siberian Orchestra), James LaBrie and Michael Sadler. Henning also lends his talents to other artists as a producer and co-writer like on Edward Heppenstall's "Parts that Hate me" and Matt Cash's country album "Western Country". More than wanting to be rich and famous, Henning's goal is to laern new things by doing them and that must be the reason why every new CD is an exploration of a different aspect of modern music, but no matter what style he writes in, his signature always shines through and fans of his music enjoy just that.

"Shadow's Mignon" was born out of an idea Henning Pauly had one day. He heard some classic metal in the car and decided to try to write some music in this style on his own. He employed the help of singer Juan Roos to give the project the definite metal vocal sound. At some point Keyboard player Stephan Kernbach brought over his Roland D50 for the official 80's keyboard sounds. He laid down some parts of his own, especially his signature Hammond B3 playing. The music of the band is everything you would expect from the glory days of the 80's when guitar solos still screamed and vocals soared just like the eagles and dragons they were singing about. The album also features a few of the "must-have" ballads with all the classic chorusy guitars and keyboard sounds. "We were able to do so many things and use so many sounds we are told we "can't use anymore" today because they are out of date, so we went back to our roots and made music that cannot live without them.", says Henning.