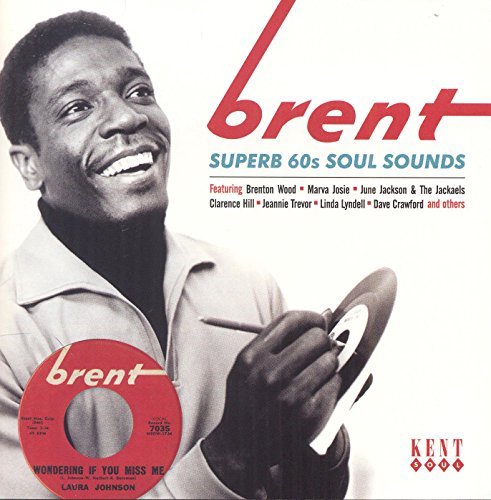 Miami: The opening Dave Crawford track is a stunning mid-tempo soul opus with female vocal group virtually sharing lead duties, but has only ever been witnessed on the master tape box. The flip Millionaire came out on both sides of a promo but a regular copy has never been seen, heard or logged. Crawford was to become a king-pin in the Miami soul sound of the 70s, working with the Lovells whose Here Come The Heartaches was an early Northern Soul scene hit. He took Linda Lyndell to Stax in 1968 having recorded her on Pretty Boy and My Man - He's A Loving Man for Brent.

Phoenix: Mike Lenaburg of Phoenix, Arizona had two productions released on Brent and Ronnie White's Begging You was the label's swansong, a pleading southern soul ballad.

Detroit: Shad was based in Manhattan but issued music from any 'happening' area and was one of the first to venture into Detroit soul. Releases from Marva Josie and Laura Johnson came from the Correc Tone studios; highly sought-after records being exceptionally well written, produced and sung.

Los Angeles: Los Angeles was a major source of material for the label. Male singer-songwriter June Jackson cut two sides with his group the Jackaels. The mid-tempo big beat ballad Port Of Happiness is the best find of this genre in the last decade. Brenton Wood recorded four sides for Brent, spread out over three singles. For the first time in stereo we present the mid-tempo dancer Cross The Bridge and I Want Love - the prototype for his soul balladry, beloved of the southern Californian Hispanics. Clarence Hill's in-demand A Lot Of Lovin' Goin' Round is reminiscent of Sam Cooke.

New York: Shads home base, where two unissued dance tracks by jazz singer Jeannie aka Jeanne Trevor were made. Tinklin' Bells is a forceful black version of the Johnny Payne popcorn classic and You Did It Before is another big city production. Mystery singer Julius Wright recorded the haunting dancer I Pray That Things Will Change in New York, unheard until now.