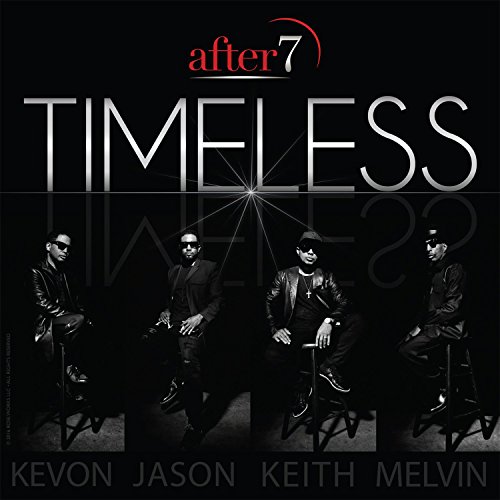 by Ent. One Music
New from:
US $9.96
Used from:
US $9.95
Shipping:
see website
Prices may incl. VAT *
Last refresh Aug/12/2018 12:07 AM
Go to Amazon.com
or
Compare prices via EAN
or
Search product at eBay
EAN
0099923548027
Brand
Ent. One Music
The truth is, we didn t plan any of this, says a gregarious Keith Mitchell, member of the platinum R&B trio After 7. It all just happened. The veteran talent is attempting to explain what inspired the acclaimed group, consisting of himself, Jason Edmonds and lead vocalist Kevon Edmonds, to reunite for their first newly recorded release in over 20 years. To be sure, After 7 is gratified that their effortlessly smooth single, I Want You, a song written and produced by iconic songwriter Kenneth Babyface Edmonds and partner Daryl Simmons, has become a Billboard Adult R&B smash.

Indeed, the guys are ecstatic that urban radio has thoroughly embraced their timeless romantic statement. And the fact that founding After 7 member Melvin Edmonds the father of Jason, who has had the unenviable task of filling his pop s soulful shoes over the last decade also appears with the original members on I Want You is a heartfelt reminder of what made this Indianapolis-born act one of the most enduring vocal groups of their era.

But the triumphant return of After 7 would have certainly never happened without the artistic guidance of Babyface, who in early 2015 was knee deep in a marathon recording session for his own solo project. Face had originally written and recorded I Want You for himself, but soon the song took on a life of its own. He was like, Wow, I Want You really is a track that was made for you guys, Kevon recalls. It really had After 7 s fingerprints on it. Once we got involved, we were able to have our own interpretation of the song.

When it comes to the legacy of After 7 there is certainly a great deal to live up to. Babyface knew what he had 25 years ago when he put us together, Keith says, looking back at the group s early days. We didn t know what we were capable of. All we knew is that we could sing on pitch . We had done a string of shows locally in Indianapolis that made us feel like we had something that could be special. But we couldn t put it into a quantitative thought process and say, Okay, we are going to be this huge success.

Today, a revitalized After 7 is optimistic about their business partnership with Entertainment One Music. Kevon, Keith, and Jason have completed tracks for a third album, Timeless, at Babyface s famed Los Angeles recording studio Brandon s Way. As always, After 7 s future is bright and soulful.

We have grown as vocalists over the years, but spiritually I believe there is something anointing on this project, offers Keith. eOne has been enthusiastic in their support. And the songs are inspiring. Jason has been great and Kevon has put together some epic vocal performances that are going to make the ladies say, Oh, my God! After 7 is here to stay.