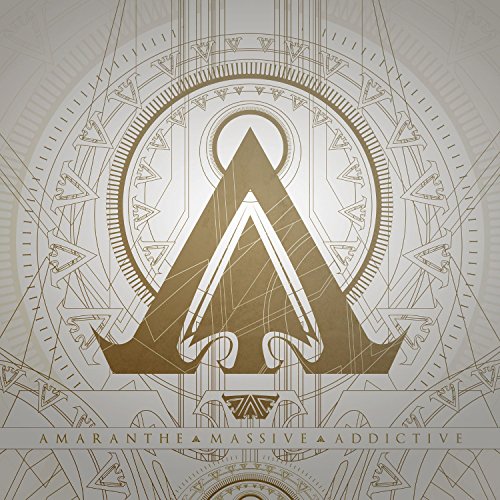 by CD
New from:
US $9.71
Used from:
US $7.75
Shipping:
see website
Prices may incl. VAT *
Last refresh Feb/20/2019 06:06 PM
Go to Amazon.com
or
Compare prices via EAN
or
Search product at eBay
EAN
0602537958320
Brand
CD
Gothenburg's finest, AMARANTHE, have completed their third strike. As per the band's custom, 'MASSIVE ADDICTIVE' was tracked at Hansen Studios in Ribe, Denmark with the sound sorcerer Jacob Hansen (Volbeat, Epica etc.) at the helm.
'MASSIVE ADDICTIVE' features some of the best Amaranthe material to date. In addition to the divine duality of pulsating beats and melodic pop choruses both of which we're accustomed to hear from them, rejuvenated Amaranthe now caters to us further advanced dynamics, a cornucopia of celestial choruses and of course, sheer melodic bliss. Best known for their danceable upbeat anthems, the band surely has a handful of instant Amaranthe classics on 'MASSIVE ADDICTIVE' such as Trinity and the most contagious chorus of the album, Digital World.
Although already in possession of winning receipt, Amaranthe won't settle for resting on their laurels. Not to tread water, the band has taken to update their sound so now you'll hear contemporary influences never used before in Amaranthe's songs before such as breakdowns, dubstep, voice studders and delays. But that's not to say that Amaranthe has forgotten where their fortes lie as always, song is king.
But it's the whole that has improved. Olof's surgical riffs and soaring solos, Morten's sturdy rhythmic backbone, Johan's booming low-frequency assault, Elize's ever more emotive singing, Jake's melodic vocal outpour and the new screamer Henrik Englund Wilhelmsson all put together combine for an entirely new spectrum of nuances. Yes, they've always been ear candy, but now with their MASSIVE updated sound, Amaranthe is more ADDICTIVE than ever.