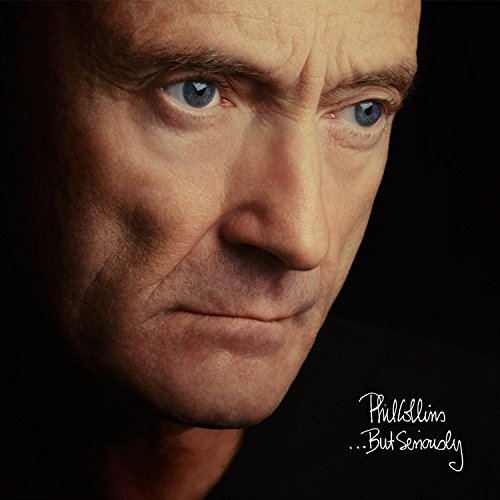 by CD
New from:
US $12.29
Used from:
US $12.28
Shipping:
see website
Prices may incl. VAT *
Last refresh Aug/11/2018 10:21 PM
Go to Amazon.com
or
Compare prices via EAN
or
Search product at eBay
EAN
0081227946487
Brand
CD
Artist
Phil Collins
Genre
Rock
Number of Discs
2
Originally released in December 1989, "...But Seriously" features many of Phil Collins' biggest hits and was one of the era's biggest selling albums. In the UK, it spent a total of 15 weeks at 1 during an extended run of almost a year in the Top 10 en route to becoming the biggest selling album of 1990. The album campaign culminated with his fourth and fifth BRIT Awards for British Single ( Another Day in Paradise ) and British Male. Internationally, the album scored 1 chart positions all over the globe including a four-week spell atop the Billboard 200.

This is one of the last releases in Collins' "Take A Look At Me Now" series. Entirely curated and compiled by Collins himself, his idea for the concept is to examine how his songs have evolved over time, with the majority of the additional content throughout the series focused on live versions of the tracks. By contrasting the original studio versions of the material with later performances, the series demonstrates how Collins' songs take on a life of their own once they're freed from the confines of the studio.

Each album in the series has been remastered by Grammy-nominated Nick Davis. Each album features a bold artwork concept in which Collins has recreated his poses from the original album covers with new photography that was shot in the present day.

This will be released as a 2CD set, with the first disc being the original album remastered and the second disc compiling an array of demos