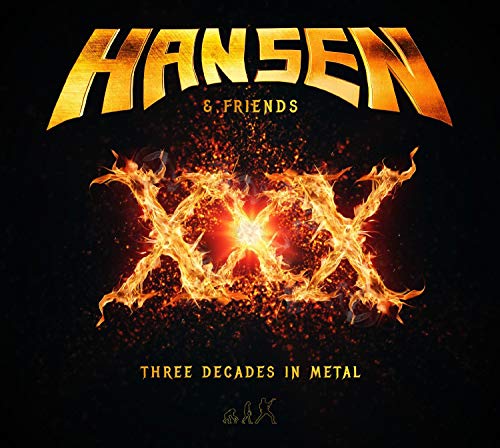 New from:
US $2.98
Used from:
US $2.12
Shipping:
see website
Prices may incl. VAT *
Last refresh Aug/14/2019 09:51 AM
Go to Amazon.com
or
Compare prices via EAN
or
Search product at eBay
EAN
4029759113591
Kai Hansen, earMUSIC and Wacken Foundation are happy to announce the release of XXX, the first solo project album by Kai Hansen, one of the most influential guitarists and singers to emerge from Germany during the first part of the 80s. First with ground breaking band Helloween (of which Hansen is one of the founding members) and later with Gamma Ray, one of the bands that contributed to define the genre power metal, bringing it to generation of devoted fans worldwide since its first album.

After the achievements enjoyed by Hansen lately with Unisonic and especially Gamma Ray's recent work Empire Of The Undead, Kai Hansen has started working on the album with no precise commercial master plan. Just playing music with the same spirit as in the very beginning. This certainly was the reason for Hansen to communicate to his label the intention of donating the first advance payment he will receive for XXX - which in the meantime was shaping into a proper album - to the Wacken Foundation. A foundation which helps and supports young hard rock and heavy metal bands for over seven years now: Musicians full of hopes and dreams, exactly as Hansen had in the beginning of the 30 years story told on this album in the hope that one day, somebody could tell another 30 years long magic story, also thanks to this album.

Together with Hansen, a stellar band of musicians gravitating around the Chameleon Studio in Hamburg has formed spontaneously: Alex Dietz (guitar player of Heaven Shall Burn) on bass, Eike Freese (who already worked as engineer and co-producer with Hansen on the last Gamma Ray album) on guitar and phenomenal drummer Daniel Wilding (Carcass). The four will be joined by various guests, ranging from friends to followers to heroes, some having played a significant part in Kai's career, some who have expressed the wish to join the project with the same spirit that is leading Kai, Alex, Eike and Daniel to create loud music with joy, freedom and determination.