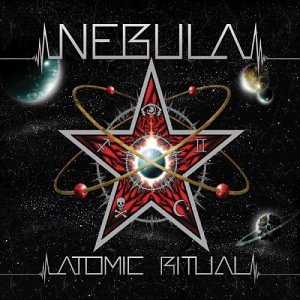 New from:
US $25.00
Used from:
US $6.81
Shipping:
see website
Prices may incl. VAT *
Last refresh Oct/13/2018 06:44 AM
Go to Amazon.com
or
Compare prices via EAN
or
Search product at eBay
EAN
0727701600123
A sonic trip awaits those unfamiliar with the gospel NEBULA are preaching. Born and raised on the diverse Southern California music scene, NEBULA mainstays Eddie Glass and Ruben Romano (both formerly of Fu Manchu) draw a majority of their influence from the psychedelic ‘70s rock and punk movements. These conscious-expanding rockers have developed a following over the past few years that extends beyond the confines of any one specific genre. With near constant touring, three full-lengths and three EPs under their belt, NEBULA still remains somewhat of an underground sensation.

All that is about to change with the release of Atomic Ritual, an album charged with electric guitars that send you into the stratosphere and a rhythm section that brings you back down to earth. NEBULA are a culmination of their rock forbearers such as Jimi Hendrix, MC5, the Stooges, Pink Floyd, Black Flag and Mudhoney turned up a notch, taken to the next level and blasting through space! -Over the past 6 years NEBULA has issued three full-lengths, one EP, a split disc with Lowrider, and Dos EPs. -Features the talents of Eddie Glass (guitar / vocals) and Ruben Romano (drums), both formerly of Fu Manchu. -Produced by Chris Goss (Queens Of The Stone Age, Kyuss) at Lawnmower Studios. -Have toured the globe several times over with the likes of Mudhoney, Nashville Pussy, Clutch, Corrosion Of Conformity (COC), Sixty Watt Shaman, Zeke, Unida, Burning Brides, Lost Goat, Acid King, Orange Goblin, The Hellacopters, Cherry Valence, Roadsaw, Drunk Horse, Gaza Strippers, Honky, Zen Guerilla, and many, many more.