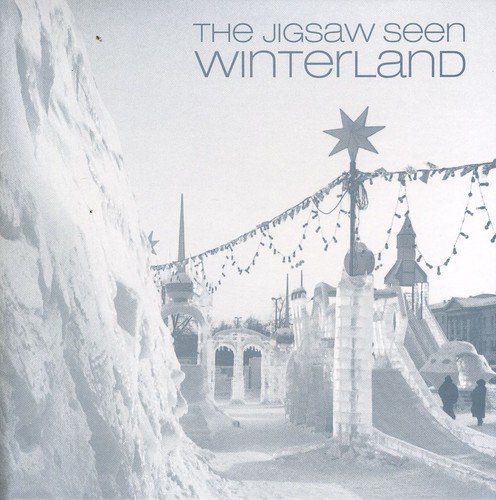 New from:
US $7.98
Used from:
US $4.95
Shipping:
see website
Prices may incl. VAT *
Last refresh Aug/11/2018 02:47 PM
Go to Amazon.com
or
Compare prices via EAN
or
Search product at eBay
EAN
0663281202527
Building on the success of their critically acclaimed, CMJ charting 2010 release Bananas Foster, The Jigsaw Seen return this autumn with the meticulously produced Winterland, a winter-themed song cycle showcasing the group's conceptual take on the season. The tone is set for Winterland on the opening track What About Christmas with pounding drums, fuzz bass, mellotron and a lyric cautiously anticipating the heightened emotions of the coming season. USA Today declared that the song ''deserves to be part of the permanent seasonal repertoire.'' The icy mellotron continues through the atmospheric piece that is December and the Massachusetts-via-Berlin groove of Snow Angels Of Pigtown, imbuing the snow angels with their own Chariots Of The Gods style mythology. A heavily reverb-soaked baritone guitar abruptly takes the proceedings into Woman Loves The Season, a song that recalls the chill-inducing ballads of Gene Clark. The twelve-string cracker Candy Cane, with its thunderous bass and drums, closes out the side with a wicked dash through a yuletide dystopia.

Side two picks up with Circle Of Steel, a song that fits the Winterland concept so perfectly that you'd probably be surprised to discover it's actually a Gordon Lightfoot song, originally appearing on his 1974 album Sundown. Circle Of Steel features a guest appearance on vocals by rock icon Dave Davies of The Kinks. Christmas Behind Me sees the album's narrator leaving the cold weather behind and taking off for a new start with some resignation. First Day Of The New Year attempts to resolve an uncertain future, as a somber organ weaves its way through a stately piano-driven arrangement. The listener is finally offered a release from the frigid setting with the soaring, optimistic Dreams Of Spring, a song that introduces a first for The Jigsaw Seen: a female choir at the outro to bring the penultimate track home. The album closes with Winterland's Gone, one of the most beautiful songs The Jigsaw Seen have recorded, showcasing a delicate mix of acoustic guitars, flute and bass clarinet. The song looks back on the season with a nostalgic eye and gracefully sums up the climate of Winterland. Also available on LP.