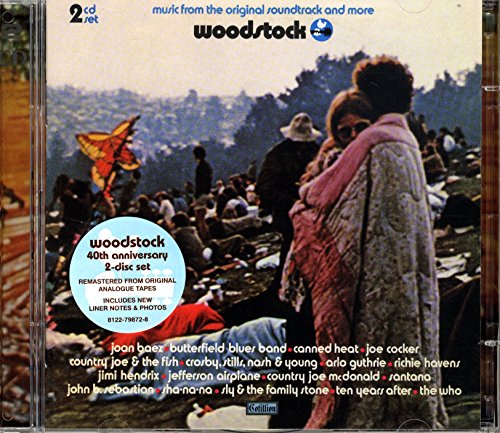 Music From The Original Soundtrack and More: Woodstock (2CD)

by CD
New from:
US $12.99
Used from:
US $9.99
Shipping:
see website
Prices may incl. VAT *
Last refresh Aug/12/2018 06:59 AM
Go to Amazon.com
or
Compare prices via EAN
or
Search product at eBay
EAN
0081227987282
Brand
CD
Originally released in 1970 as a triple-LP, MUSIC FROM THE ORIGINAL SOUNDTRACK AND MORE: WOODSTOCK topped Billboard's pop albums chart for four weeks, and was a Top 20 R&B album as well. As potent a musical time capsule as ever existed, it captures the three-day, 1969 concert event that united close to half a million members of what came to be known as the 'Woodstock Generation.' Rhino's deluxe, 40th anniversary, 2-CD reissue of this sprawling and era-defining sonic document-featuring CSN&Y, The Who, Santana, Jimi Hendrix, and much more is remastered from the original analog
soundboard tapes. It s the ideal way to take a trip back to Yasgur's farm and performances that shaped music and popular culture for years to come.