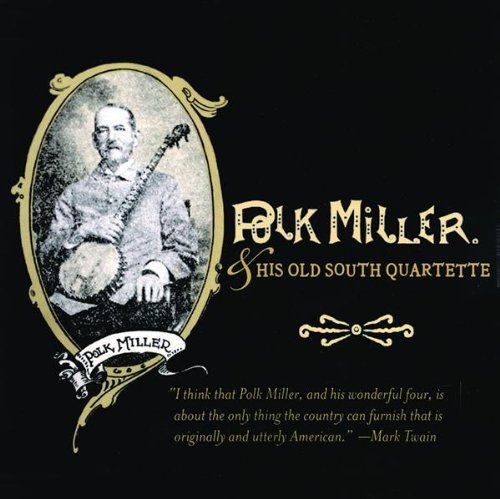 New from:
US $10.48
Used from:
US $6.25
Shipping:
see website
Prices may incl. VAT *
Last refresh Aug/12/2018 05:38 AM
Go to Amazon.com
or
Compare prices via EAN
or
Search product at eBay
EAN
0894807002028
Duration
Album
Genre
Country
Release Year
2008
Style
Gospel
Polk Miller was born James A. Miller, near Burkeville, in Prince Edward County, Virginia on August 2, 1844. He picked up the banjo early on and grew up learning the music of the slave quarters on a large Virginia plantation. In 1892, he created a traveling show, "The Old Virginia Plantation Negro, " including banjo tunes, nostalgic dialect stories and a lecture, without resorting to farce or black-face. The show glorified the plantation music and Negro spirituals that America was hungry for in the 'Gay '90s.' Mark Twain, upon hearing Miller and his Quartette exclaimed, "I think that Polk Miller, and his wonderful four, is about the only thing this country can furnish that is originally and utterly American."

It is in this historical context that Tompkins Square reissues a CD of seven 1909 Edison cylinder records and seven 1928 QRS/Broadway disc recordings. The booklet includes photos and memorabilia with notes by African-American music scholar Doug Seroff. The CD package is designed by multiple Grammy Award nominee Susan Archie.