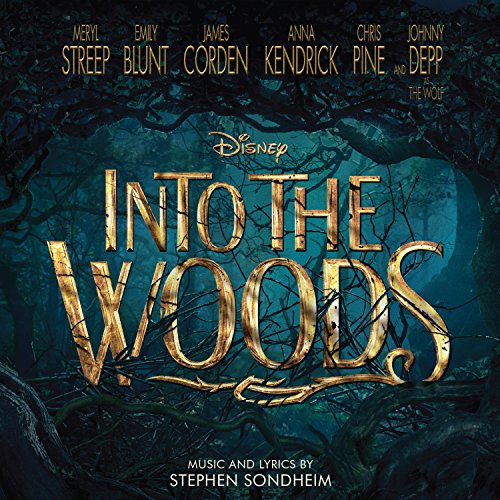 by Walt Disney
New from:
US $5.90
Used from:
US $1.90
Shipping:
see website
Prices may incl. VAT *
Last refresh Jan/24/2019 03:13 PM
Go to Amazon.com
or
Compare prices via EAN
or
Search product at eBay
EAN
0050087317935
Brand
Walt Disney
INTO THE WOODS DELUXE features 20 songs from the film, which includes songs from the original stage musical, 'Finale/Children Will Listen, ' 'Giants in the Sky, ' 'On the Steps of the Palace, ' 'No One Is Alone' and 'Agony, ' among others.
Starring Meryl Streep, Emily Blunt, James Corden, Anna Kendrick, Chris Pine and Johnny Depp, INTO THE WOODS is a modern twist on several beloved fairy tales, intertwining the plots of a few choice stories and exploring the consequences of the characters' wishes and quests. This humorous and heartfelt musical follows the classic tales of Cinderella (Anna Kendrick), Little Red Riding Hood (Lilla Crawford), Jack and the Beanstalk (Daniel Huttlestone), and Rapunzel (MacKenzie Mauzy), all tied together by an original story involving a Baker and his Wife (James Corden and Emily Blunt), their wish to begin a family and their interaction with the Witch (Meryl Streep), who has put a curse on them. Rob Marshall, the acclaimed filmmaker behind the Academy Award-winning musical CHICAGO and Disney's PIRATES OF THE CARIBBEAN: ON STRANGER TIDES, directs the film, which is based on the musical stage production by legendary eight-time Tony, Grammy and Oscar-winning composer and lyricist Stephen Sondheim and Tony winner James Lapine, who also wrote the screenplay. The film was produced by John DeLuca, Marshall, WICKED producer Marc Platt and Callum McDougall.