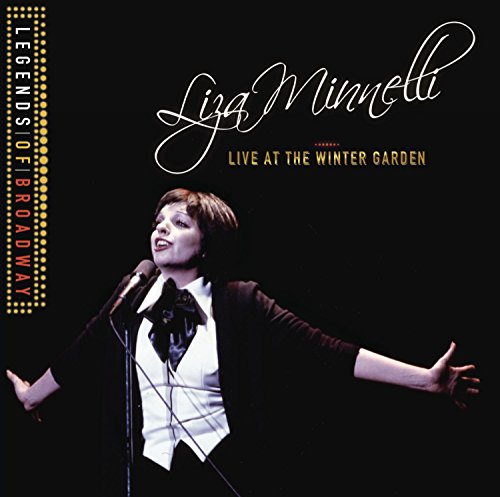 Legends of Broadway: Liza Minnelli Live at the Winter Garden

New from:
US $19.92
Used from:
US $9.98
Shipping:
see website
Prices may incl. VAT *
Last refresh Aug/12/2018 06:29 AM
Go to Amazon.com
or
Compare prices via EAN
or
Search product at eBay
EAN
0886919419627
Liza Minnelli is Hollywood royalty, but it is on Broadway that she made her most distinctive mark, where her stage persona began to take shape and where she returned throughout her career to rediscover her adoring public. Live at the Winter Garden from January 1974 captures what may be the best of those memorable visits.

Minnelli was already a Broadway veteran, winner of a Tony Award in 1965 followed by, in 1973, Academy and Emmy Awards. At the crest of that incredible wave, Minnelli returned triumphantly to Broadway to hold court at the Winter Garden for a month of performances, captured on this long-unavailable live recording. Bob Fosse staged the show and the composer/ lyricist team John Kander and Fred Ebb supplied new material. The show was a blockbuster hit, selling out the entire month s run in one day and setting a house record for the Winter Garden Theater. At the end of the season, Minnelli was awarded a special Tony Award for the Winter Garden show.

The original album was released in April 1974, but had to be withdrawn because of contractual conflicts over songs from the Cabaret score. Until now, the recording was out of circulation. This long-awaited reissue is derived from the original master, engineered by Phil Ramone. Also included on this CD are three live bonus tracks that were not part of the original Winter Garden LP: Stevie Wonder's "You and I" and two standards, "It Had to Be You" and "My Shining Hour."