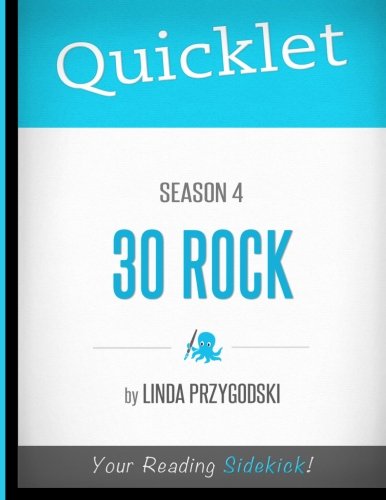 The fourth season of 30 Rock, the brainchild of award-winning writer and actress Tina Fey, lives up to its reputation as a critical darling with a hardcore fan-base. 30 Rock, a three-time Emmy winner for Outstanding Comedy Series, returns with a 22-episode season continues to look behind the scenes of a Saturday Night Live-style comedy sketch show.

Fey, an alum of SNL lives in New York, and the show is shot on location in Manhattan and at a studio in Long Island City.

Fey first pitched the sitcom to NBC when she was the head writer for SNL in 2002. The original concept was in a cable-news setting, but she changed the focus to more familiar ground after discussions with the network. She remained as the head writer and a performer on the show until 30 Rock debuted in 2006.

Linda is a professional journalist with over 20 years of experience. Her first book, Hexes for Exes, was published in 2007 and is available everywhere fine books are sold!

EXCERPT FROM THE BOOK

The fourth season of 30 Rock follows two main story arcs as the latest season of The Girlie Show (TSG) with Tracy Jordan begins. It begins with the search and hiring of a new actor for the show, and delves into the personal life of head writer Liz Lemon and her search for what she wants in a man. As the season opens, executive Jack Donaghy is worried TGS is failing to connect with middle America, the people he calls real Americans. Jack feels his cast and crew have lost touch with their roots and have become too elite to know what flyover country finds funny.

As usual, 30 Rock touches on major themes percolating in American society. At the time of its original prime time run in NBC (2009-10), the country was in a period of political upheaval. It was a year into the presidency of Barack Obama, and a serious backlash about taking back the country was forming in much of middle America. It was framed by the media and the right wing as the elite vs. real Americans. These themes are clearly indicated with 30 Rocks early storylines in the fourth season. Liz ventures out of her East Coast liberal cocoon in search of an actor who will satisfy Jacks desire for a new actor.