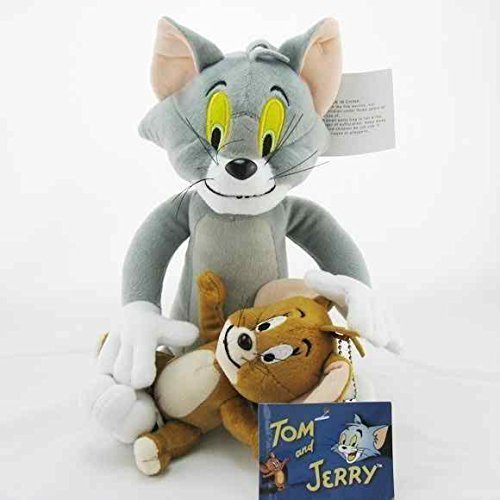 by kidsheaven
New from:
US $17.98
Shipping:
see website
Prices may incl. VAT *
Last refresh Jun/06/2019 05:00 AM
Go to Amazon.com
or
Compare prices via EAN
or
Search product at eBay
EAN
0885121527236
Brand
kidsheaven
Tom and Jerry is an American animated series of short films created in 1940, by William Hanna and Joseph Barbera. It centers on a rivalry between its two title characters, Tom Cat and Jerry Mouse, and many recurring characters, based around slapstick comedy.

Thomas "Tom" Cat is a fictional character and one of the two main protagonists in Metro-Goldwyn-Mayer's series of Tom and Jerry theatrical cartoon short films, created by William Hanna and Joseph Barbera. Tom is a blue/grey anthropomorphic domestic short-haired cat who first appeared in the 1940 animated short Puss Gets the Boot. Tom was originally known as "Jasper" during his debut in that short, however, beginning from his next appearance in The Midnight Snack and onwards, he is known as "Tom" or "Thomas".

Jerry Mouse is a fictional character and one of the title characters (the other being Tom Cat) in Metro-Goldwyn-Mayer's series of Tom and Jerry theatrical cartoon short films. Created by William Hanna and Joseph Barbera, Jerry is a brown anthropomorphic house mouse, who first appeared as a mouse named Jinx in the 1940 MGM animated short Puss Gets the Boot. Hanna gave the mouse's original name as "Jinx", while Barbera claimed the mouse went unnamed in his first appearance.

Packed in Opp Bag. Actual color of products might vary a little due to photography and settings of monitor color.