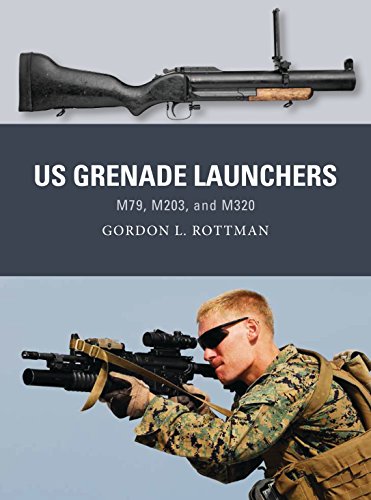 In an effort to provide the US infantryman with more firepower to cover the range gap between the hand grenade and the light mortar, the 40mm M79 grenade launcher--a shoulder-fired, single-shot weapon--entered service with US forces in 1961.

Reliable, easy to use, and lethally effective, the M79 soon became an iconic symbol of the Vietnam War and had a profound influence on small-unit tactics. As the Vietnam conflict continued, it was joined on the front line by experimental models such as the magazine-fed T148E1, as well as two launchers intended to be fitted under the barrel of the new M16 assault rifle: Colt's XM148 and AAI Corporation's M203. The M203 remains in US Army service today, while the US Marine Corps now also fields the M32 multiple grenade launcher--like the M79, a standalone weapon.

Featuring full-color artwork, this is the story of the rugged and formidable grenade launchers that equipped the United States and its allies in Vietnam and beyond from the 1960s to the present day.