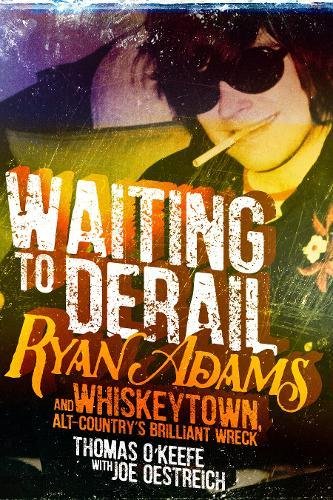 For the next three years, Thomas was at Ryan's side: on the tour bus, in the hotels, backstage at the venues. Whiskeytown built a reputation for being, as the Detroit Free Press put it, "half band, half soap opera, " and Thomas discovered that young Ryan was equal parts songwriting prodigy and drunken buffoon. Ninety percent of the time, Thomas could talk Ryan into doing the right thing. Five percent of the time, he could cover up whatever idiotic thing Ryan had done. But the final five percent Whiskeytown was screwed.

Twenty-plus years later, accounts of Ryan's legendary antics are still passed around in music circles. But only three people on the planet witnessed every Whiskeytown show from the release of Strangers Almanac to the band's eventual breakup: Ryan, fiddle player Caitlin Cary, and Thomas O'Keefe. Packed with behind-the-scenes road stories, and, yes, tales of rock star debauchery, Waiting to Derail provides a firsthand glimpse into Ryan Adams at the most meaningful and mythical stage of his career.