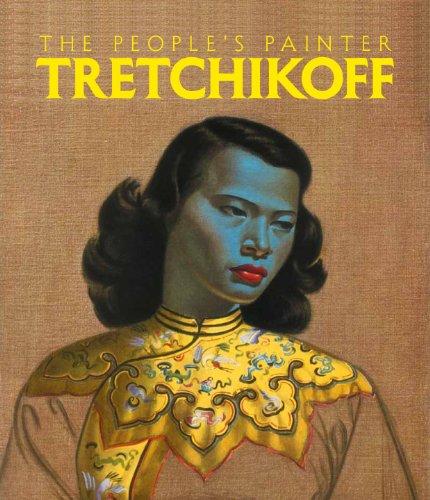 New from:
US $894.99
Used from:
US $95.01
Shipping:
see website
Prices may incl. VAT *
Last refresh Aug/06/2018 08:43 AM
Go to Amazon.com
or
Compare prices via EAN
or
Search product at eBay
EAN
9781868424351
ISBN
1868424359
Tretchikoff: The People's Painter is the first major publication about Vladimir Tretchikoff, one of the most iconic and controversial painters of the Twentieth Century, to appear in several decades. Tretchikoff was, during his lifetime, one of the most recognised and successful artists in the world.
Prints of his Chinese Girl allegedly outsold the Mona Lisa and his exhibitions attracted record audiences worldwide, yet despite his popular appeal he was never accepted by the arts establishment, who tended to see his work as the epitome of 'kitsch'. Nevertheless his work has become a part of contemporary popular culture and his influence on contemporary art and design has been immense.
This beautifully illustrated book reproduces all of his best-known work and is accompanied by a series of essays that explore his life, work and legacy. Published to accompany the first major retrospective exhibition of his work at the IZIKO South African National Gallery, it will include well-known and never before seen examples of Tretchikoff's art as well as rare archival material from the Tretchikoff Archive.
Edited by the curator of the National Gallery Retrospective, UCT academic Andrew Lamprecht, it includes essays by historian Boris Gorelik, who has spend almost a decade researching Trerchikoff's life, art theorist Ashraf Jamal who provides new insight into the influence of his wartime years in Java upon his work, Yvonne du Toit, who produced two televison documentaries about Tretchikoff and has unique personal knowledge of his relationship with his war-time mistress and muse, Lenka, and Melvyn Minnaar who provides a critical view of Tretchikoff's art and legacy, drawing on the his original critics as well as his own observations.