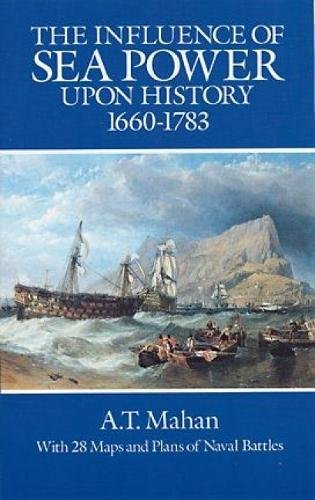 New from:
US $10.88
Used from:
US $1.55
Shipping:
see website
Prices may incl. VAT *
Last refresh Jul/23/2019 06:30 PM
Go to Amazon.com
or
Compare prices via EAN
or
Search product at eBay
EAN
9780486255095
ISBN
0486255093
First published almost a century ago, this classic text on the history and tactics of naval warfare had a profound effect on the imperial policies of all the major powers. Kaiser Wilhelm is said to have "devoured" this book, and it was avidly read by presidents (including both Roosevelts), kings, prime ministers, admirals, and chancellors.
This book was the work of noted U.S. naval officer and historian Alfred Mahan (1840–1914), who argued that despite great changes and scientific advances in naval weaponry, certain principle of naval strategy remain constant, and nations ignore them at their peril. Credited with stimulating the growth of modern navies in leading countries of the world, the text remains a basic authority on the strategy of naval warfare and is still used in the war colleges.
Demonstrating through historical examples that the rise and fall of seapower (and of nations) has always been linked with commercial and military command of the seas, Mahan describes successful naval strategies employed in the past — from Greek and Roman times through the Napoleonic wars. Focusing primarily on England's rise as a sea power in the 18th century, the book provides not only an overview of naval tactics, but a lucid exposition of geographical, economic, and social factors governing the maintenance of sea power.
The work is carefully written and exceptionally well-documented; moreover, the author's clear, well-thought-out text avoids technical language, making it accessible to a nonprofessional audience. In addition, four maps and a profusion of plans of naval battles help the reader grasp the strategy and tactics involved in some of the history's greatest maritime conflicts. In this inexpensive edition, the book represents an indispensable sourcebook for statesmen, diplomats, strategists, and naval commanders as well as students of history and international affairs. Although ships, weapons, and the global balance of power have altered greatly since 1890, the lessons taught here so vividly and compellingly are still applicable today. Includes 4 maps, 24 battle plans.