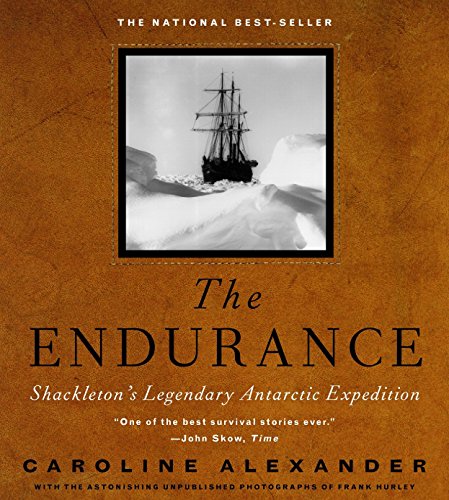 New from:
US $11.99
Used from:
US $1.25
Shipping:
see website
Prices may incl. VAT *
Last refresh Jul/11/2019 09:39 AM
Go to Amazon.com
or
Compare prices via EAN
or
Search product at eBay
EAN
9780375404030
ISBN
0375404031
In August 1914, days before the outbreak of the First World War, the renowned explorer Ernest Shackleton and a crew of twenty-seven set sail for the South Atlantic in pursuit of the last unclaimed prize in the history of exploration: the first crossing on foot of the Antarctic continent. Weaving a treacherous path through the freezing Weddell Sea, they had come within eighty-five miles of their destination when their ship, Endurance, was trapped fast in the ice pack. Soon the ship was crushed like matchwood, leaving the crew stranded on the floes. Their ordeal would last for twenty months, and they would make two near-fatal attempts to escape by open boat before their final rescue.

Drawing upon previously unavailable sources, Caroline Alexander gives us a riveting account of Shackleton's expedition--one of history's greatest epics of survival. And she presents the astonishing work of Frank Hurley, the Australian photographer whose visual record of the adventure has never before been published comprehensively. Together, text and image re-create the terrible beauty of Antarctica, the awful destruction of the ship, and the crew's heroic daily struggle to stay alive, a miracle achieved largely through Shackleton's inspiring leadership.

The survival of Hurley's remarkable images is scarcely less miraculous: The original glass plate negatives, from which most of the book's illustrations are superbly reproduced, were stored in hermetically sealed cannisters that survived months on the ice floes, a week in an open boat on the polar seas, and several more months buried in the snows of a rocky outcrop called Elephant Island. Finally Hurley was forced to abandon his professional equipment; he captured some of the most unforgettable images of the struggle with a pocket camera and three rolls of Kodak film.

Published in conjunction with the American Museum of Natural History's landmark exhibition on Shackleton's journey, The Endurance thrillingly recounts one of the last great adventures in the Heroic Age of exploration--perhaps the greatest of them all.