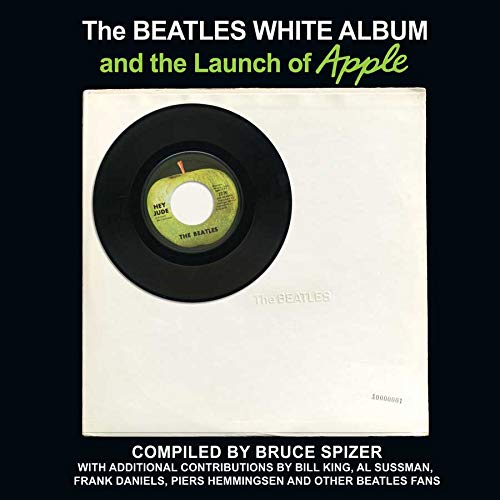 The Beatles White Album and the Launch of Apple

"The Beatles White Album and the Launch of Apple" is the tenth book on the Beatles by critically acclaimed Beatles author/historian Bruce Spizer. His latest book covers all aspects of the Beatles 1968 double album titled "The Beatles, " but more commonly referred to as "The White Album" due to its pure white cover. The book opens with chapters of the start of Apple and the first four singles released by Apple, including the Beatles single "Hey Jude"/"Revolution." The book then moves on to chapters about how "The White Album" was received upon its release in the U.S., U.K. and Canada. Other chapters deal with the turbulent year 1968, details on the recording sessions and recollections from fans. The book contains 150 color and original black and white images through.