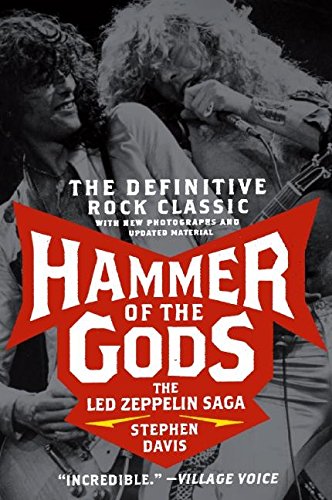 Hammer of the Gods: The Led Zeppelin Saga

The members of Led Zeppelin are major deities in the pantheon of rock gods. The first and heaviest of the heavy metal monsters, they violently shook the foundations of rock music and took no prisoners on the road. Their tours were legendary, their lives were exalted—and in an era well known for sex and drugs, the mighty Zeppelin set an unattainable standard of excess and mythos for any band that tried to follow them. They were power, they were fantasy, they were black magic. No band ever flew as high as Led Zeppelin or suffered so disastrous a fall. And only some of them lived to tell the tale.

Hammer of the Gods is the New York Times bestselling epic saga of the hard reign of Page, Plant, Jones, and Bonham—a spellbinding, electrifying, no-holds-barred classic of rock 'n' roll history that has now been updated to include the continuing adventures of the band.