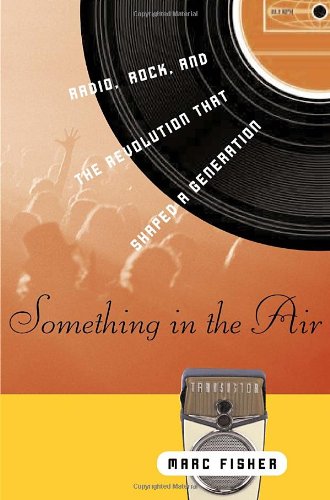 Something in the Air: Radio, Rock

When television became the next big thing in broadcast entertainment, everyone figured video would kill the radio star–and radio, period. But radio came roaring back with a whole new concept. The war was over, the baby boom was on, the country was in clover, and a bold new beat was giving the syrupy songs of yesteryear a run for their money. Add transistors, 45 rpm records, and a young man named Elvis to the mix, and the result was the perfect storm that rocked, rolled, and reinvented radio.

Visionary entrepreneurs like Todd Storz pioneered the Top 40 concept, which united a generation. But it took trendsetting “disc jockeys” like Alan Freed, Murray the K, Wolfman Jack, Cousin Brucie, and their fast-talking, too-cool-for-school counterparts across the land to turn time, temperature, and the same irresistible hit tunes played again and again into the ubiquitous sound track of the fifties and sixties. The Top 40 sound broke through racial barriers, galvanized coming-of-age kids (and scandalized their perplexed parents), and provided the insistent, inescapable backbeat for times that were a-changin’.

Along with rock-and-roll music came the attitude that would literally change the “voice” of radio forever, via the likes of raconteur Jean Shepherd, who captivated his loyal following of “Night People”; the inimitable Bob Fass, whose groundbreaking Radio Unnameable inaugurated the anything-goes free-form style that would come to define the alternative frontier of FM; and a small-time Top 40 deejay who would ultimately find national fame as a political talk-show host named Rush Limbaugh.

From Hunter Hancock, who pushed beyond the limits of 1950s racial segregation with rhythm and blues and hepcat patter, to Howard Stern, who blew through all the limits with a blue streak of outrageous on-air antics; from the heyday of summer songs that united carefree listeners to the latter days of political talk that divides contentious callers; from the haze of classic rock to the latest craze in hip-hop, Something in the Air chronicles the extraordinary evolution of the unique and timeless medium that captured our hearts and minds, shook up our souls, tuned in–and turned on–our consciousness