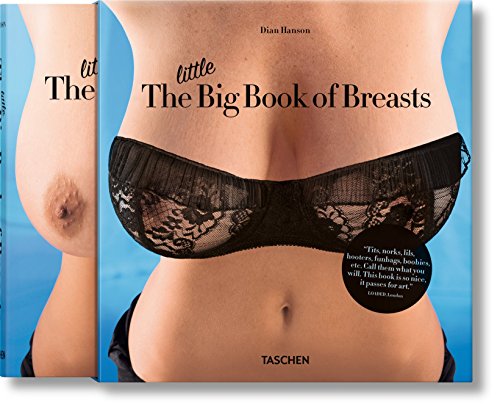 Some call it the American obsession, but men everywhere recognize the hypnotic allure of a large and shapely breast. In The Little Big Book of Breasts, Dian Hanson explores the origins of mammary madness through three decades of natural big-breasted nudes.

This new portable edition contains all the same beautiful and provocative photos, plus the nine original interviews, including rare conversations with Tempest Storm and Uschi Digard, and the last interview with Candy Barr before her untimely death in 2005. In a world where silicone is now the norm, these spectacular real women stand as testament that nature knows best, while this new affordable edition shows TASCHEN knows what you want.