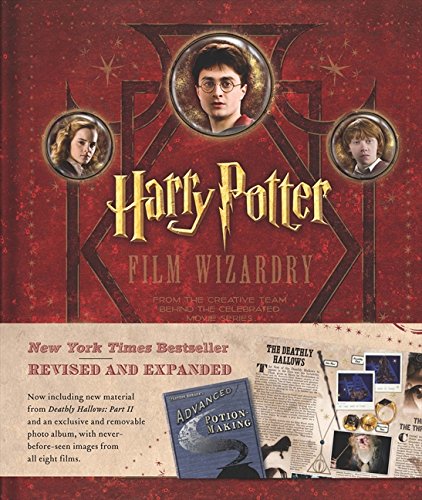 Now updated to include all eight of the acclaimed motion pictures, Harry Potter: Film Wizardry Revised and Expanded gives readers a front row seat to the magical journey that brought J.K. Rowling's wizarding world to the big screen. Step off Platform Nine and Three Quarters and into the hidden world behind the scenes of the Harry Potter film series as Brian Sibley, author of The Lord of the Rings: The Making of the Movie Trilogy, The Land of Narnia, and other bestselling behind-the-screen books, makes the magic more real than ever with stunning art, removable extras, a new Harry Potter photo album, and interviews with director David Yates; actors Daniel Radcliffe, Emma Watson, Rupert Grint, Alan Rickman; and other members of the cast, crew, design and production teams.