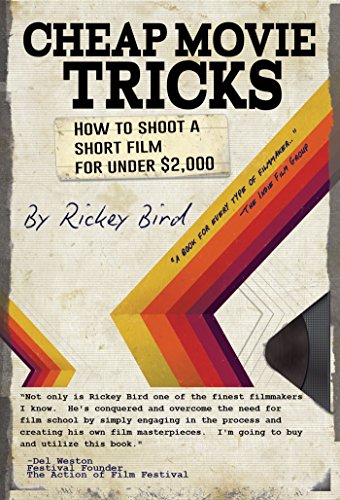 How to make a movie: Filmmaker Rickey Bird and screenwriter and novelist Al Guevara are on a mission to help indie moviemakers everywhere. Today’s indie film market is growing by leaps and bounds. At the same time, many aspiring filmmakers are running into their share of problems:

Cheap Movie Tricks: Film school numbers aren’t down. They’re increasing at more than 2, 600 film-related courses worldwide. You probably didn’t even realize 48% of all film schools are in the U.S. and U.K. Thousands of aspiring filmmakers are literally learning how to use cheaper, widely available filmmaking technology, as well as the craft of making movies from books pulled from bookstore and library shelves. They’re totally DIY and the most creative people you will ever meet. Rickey Bird’s Hectic Films is a Southern California enterprise that is building a filmmaking empire on a budget. His short films, feature films, micro docs and tutorials have landed in some of the biggest American film festivals and been seen online throughout the world. The result Millions of views worth of exposure from films online, in festivals and creative marketing literally on the street. His many projects have seen leading B actors like Hulk Hogan and Vernon Wells (Mad Max Road Warrior), make-up artists from the TV show Grimm, and stuntmen from the Call of Duty games.

What you’ll learn inside this book:

how planning and shooting a short film today can lead to a feature-length project tomorroweverything you need to know about writing a movie project on a burger budgettips on how to find locations and not get arrestedshooting tips galore for building exciting scenessound and film editing tips and all kinds of special effects wizardry, including puppetryscreenings, promotions and juicy tips on film festival strategy