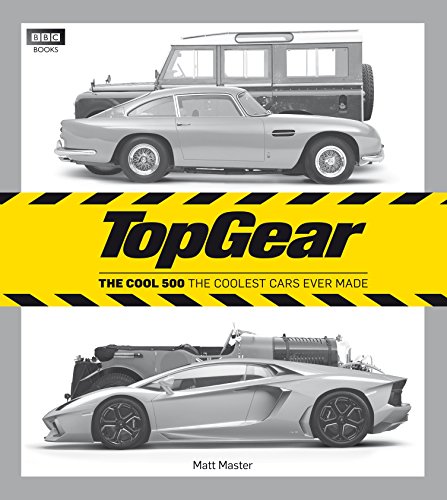 Top Gear: The Cool 500: The Coolest Cars Ever Made (Top Gear (Hardcover))

The undisputed coolest rides on the planet, from the car fanatics at Top Gear

Ever since Karl Benz first powered up his Patent-Motorwagen in 1885, man has salivated and swooned over automobiles; and none more so than the motoring fanatics at Top Gear Magazine, who have test-driven, critiqued, and worshipped some of the finest cars in motoring history. While many have fallen short of Top Gear's exacting standards, others have triumphed, proving so damn cool they're termed "SubZero." This unique bible of motoring coolness recounts the stories behind history's greatest cars, from prewar vintage motors to the supercars of the future, pairing stunning Top Gear photography and rarely seen archive photographs with expert commentary. It breaks down the technology behind these incredible machines and places each car in the context of its time, with anecdotes and analysis that explain just what's so cool about each one. From the quintessential British luxury of the Bentley Brooklands to the Italian sex appeal of the Bizzarini Strada, the old Hollywood glamour of the Chrysler Airflow to the futuristic lines of the Aston Martin Bulldog via Steve McQueen's Ford Mustang and James Dean's doomed Porsche Spyder, this is social history as much as car worship. This is the evolution of cool, Top Gear-style; the definitive guide to the undisputed coolest cars on the planet.